Several weeks ago I decided to visit Arizona. I have a friend, Michell, who moved there to teach and since the end of her school year corresponded with Memorial Day weekend, I decided to take advantage of the extra day off and have myself a mini vacation to Arizona.

I had two requirements for this trip. First, I needed to see the Grand Canyon. I didn’t have to do anything, I just wanted to see what the hullabaloo was all about with this gigantic hole in the ground. Next, I wanted to get a photo standing next to a cactus that was taller than me. You see, in New York, the tallest I’ve seen a cactus grow was well, not very tall.

My trip began at 8 on Friday night, when I flew out of JFK to Phoenix. Michell picked me up at the airport at and we had an authentic Arizonan dinner – In N’ Out Burger. 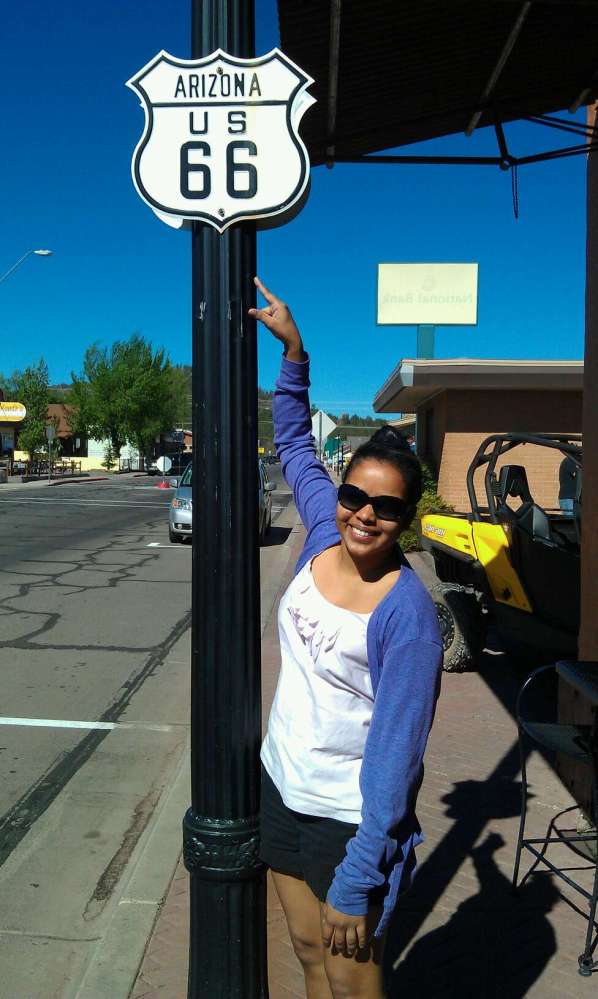 On Saturday we took a trip to Williams to visit our friend Jay, and to see the Grand Canyon. Williams is a small town, about an hour south of the southern rim of the Grand Canyon. It’s WINDY. It’s chilly. It’s quaint and it has a strip if Route 66 running through it. 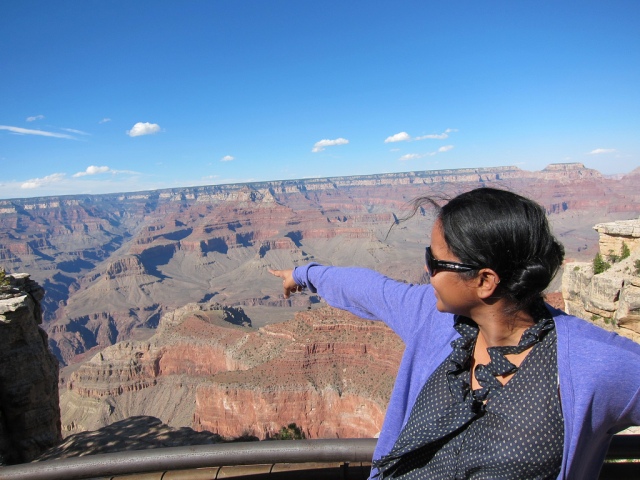 We arrived at the Grand Canyon on Saturday afternoon. It was breathtaking. Yes, it is a giant hole in the ground, but what a grand hole it is! I can’t explain the beauty, I think this is something one needs to see for themselves. I mean, it’s a lot of rock, but the vastness of it and the history of how it came to be is just mind boggling. Water is powerful.

I promptly found my favourite rock.

We walked around the souther rim for a bit, stopping here and there to take some pictures…

We stayed in Williams that night and drove down to Sedona the next day where we saw a rock shaped like a bell.

Then we took a hike along Montezuma’s Well. The story of this place is pretty interesting. In years gone, it was used for irrigation by the people who lived there.

We were able to see the cave homes around the well. Little is known about what happened to the tribe that lived along the well. Nor is it known why they moved. (Can we start the ghost stories rolling?) 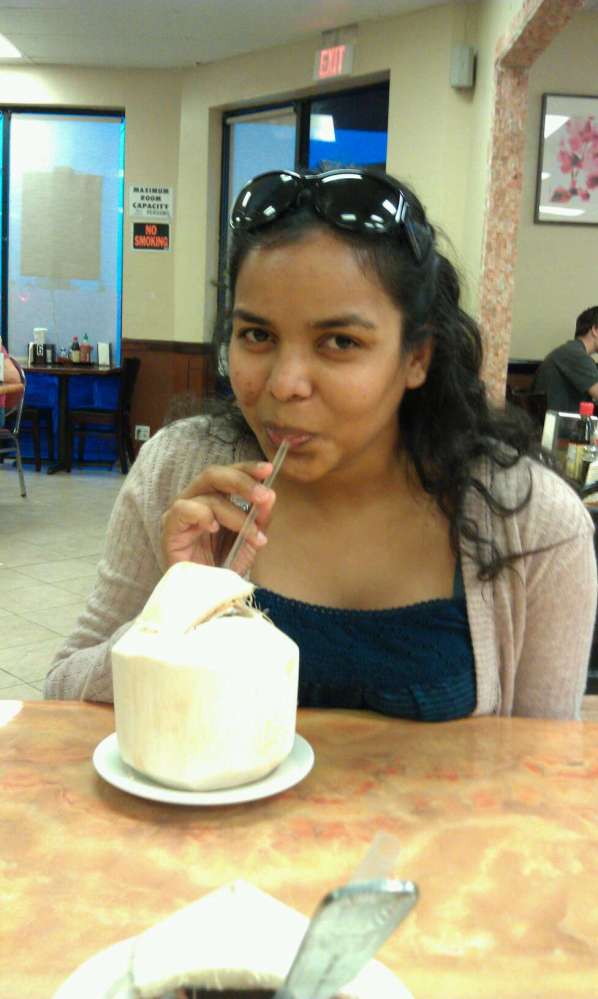 That night we had Vietnamese food for dinner and I got to drink my favourite juice ever! The refreshing juice from a coconut (and I ate the jelly).

On Monday I completed my Arizona Vacation Requirements. I managed to get a photo in front of a cactus larger than I was. These things were EVERYWHERE!

We took a hike on South Mountain near Phoenix and got a great view of the city below. Mountain abound in Arizona, and I’m sure the people who live there all year round are quite accustom to them, however, they kept surprising me.

One does not see mountains in New York City. Skyscrapers sure, but no mountains. I enjoyed the effect they had on the skyline. I also enjoyed hiking on it.

We passed by a building – it looks as though you could have a BBQ/Party there – and decided to be goofy.

Until a woman passed by and offered to take our photo for us.

The rest of the day consisted of eating pancakes and watching movies. Then eating yogurt and getting to the airport where I took the plane back to New York.

After sampling Arizona, I’ve decided that I will go back again – two different times – one to hike inside the Grand Canyon and the next to enjoy Sedona. Who knew that rocks could be so fascinating and beautiful? 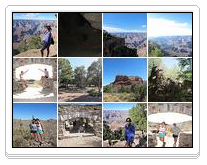 See the rest of my Arizona photos on Flickr.