Today, a lot of sites will be “going dark” in protest against SOPA and PIPA. (these can be viewed on Wikipedia, even though the rest of the site is on blackout)

I am fascinated with the way social media has created an avenue for protest and will be following this to see where it goes. A lot of user generated social sites will be affected if these bills get passed and I wonder what the world will be like without sites like YouTube, or Etsy or Flickr.

Google stands up to SOPA and PIPA

What are your thoughts on these bills?

I’m online a lot. Sometimes I wonder, where do I spend my time online? Luckily, Chrome allows you to see your most visited sites and so I present, Shanella’s Most Visited Sites. 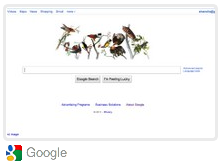 Facebook is the next used. I’m usually logged into Facebook on Chrome, however, the interesting thing about this is, while Facebook might be second used, I hardly go to the page for personal things! Sure, when I get an alert on TweetDeck I rather view the post on Facbeook, however, 80% of the time spent on Facebook is work related!

Next after that is WordPress, and this is probably because of BEDA. It might also have to do with the fact that I just got shanella.com and went through a lot of late night and weekend testing this past weekend.

After that I have Gmail*. Now with Google’s switching account implemented, I have three Gmail accounts that I check throughout the day.

Following closely behind – and a surprise site – is Yahoo Mail. I didn’t realise that I checked Yahoo almost as much as I check Gmail, mostly because I get a lot of junk email to that address. Perhaps it’s because of that and my constant clearing out of that account that I check it as often as it says.

I’m not too surprised at this next site. When I first got a tumblr I was on it 24-7! Now I’ve calmed down a bit, but I still do have two sites on Tumblr so it’s not surprising that it’s in the top 8 most visited.

Finally, I visit Goodreads a lot. Which I understand. I love reading the reviews/comments/status updated on Goodreads. I also love updating the books that I’m currently reading. Love it! =D

* Gmail took up two entries because of the address mail.google.com and gmail.com. I’m sure if those were all counted together it would be right behind google.com.

[This week it’s all about my fave Android Apps] 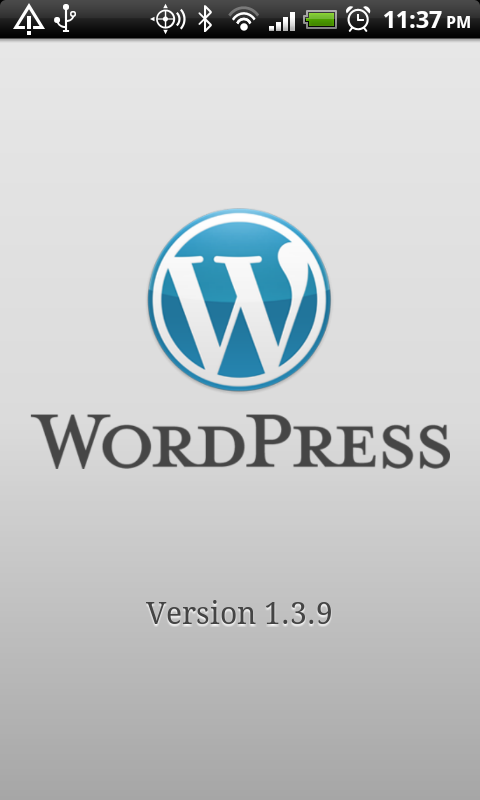 Have you figured it out yet? I blog a lot. I’m not a fan of blogging on the go, but I do like to check in on my blogs from time to time. So when I saw some apps for WordPress and Tumblr I jumped at the chance to download it!

WordPress allows you some simple features. You can see who has commented

Check your posts, or write them if you so desire (I prefer online).

You can also view stats from your blog, which is great! The stats always interest me. 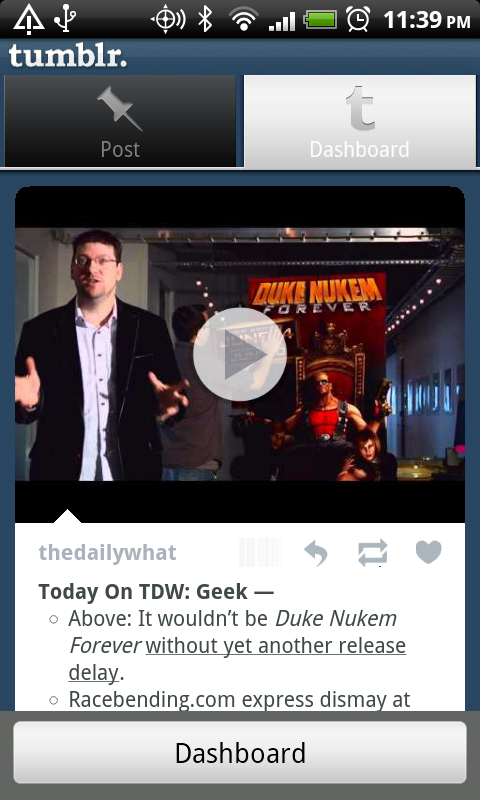 With Tumblr you can see your dashboard and do simple things like reblogging and liking (to any of your Tumblr Blogs – I have two).

You can also post just about anything to the blog that you could post on a computer. It’s very barebones, very simple, but since it’s Tumblr and it’s very easy to do things to begin with, I can see a lot of liking and reblogging happening on the go – and on 4G.