1. The Writer: Steven Moffat is a genius. (As was Sir Arthur Conan Doyle) Moffat writes the show and does an amazing job! The episodes have elements of the original work but is set in modern day time. A fantastic adaptation. 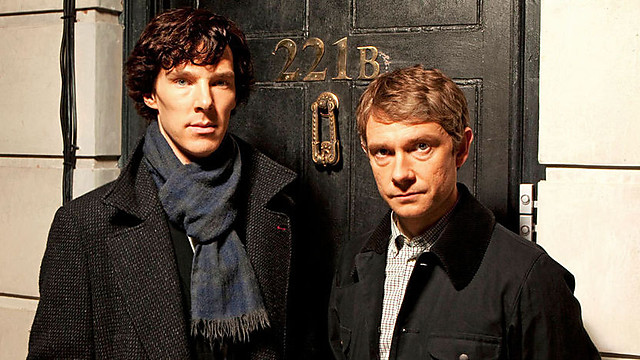 2. The Actors: Benedict Cumberbatch as Sherlock, a very good fit. Great actor, and that voice! Martin Freeman as Doctor Watson. They have great on screen chemistry.

3. To the Point: Short series (seasons). There have been two seasons so far, each with three episodes, that cover a number of stories. Each is an hour long, what more could you want?

4. The Setting: Modern day retelling of an already amazing story. If Sherlock Holmes was living in modern day, this show has his number.

5. Filming Location: Set all over London city – especially awesome for people who like London as much as I do. =)