I’ve been a patron to all three Chapters of Alice’s Tea Cup and every time I go I usually get the tea service, as there are usually people in my party who have never had tea or been to Alice’s. So when my friends and I decided to go to Alice’s for brunch, I was excited. Ecstatic. Practically giddy with excitement, and I must say, Alice’s did not disappoint. 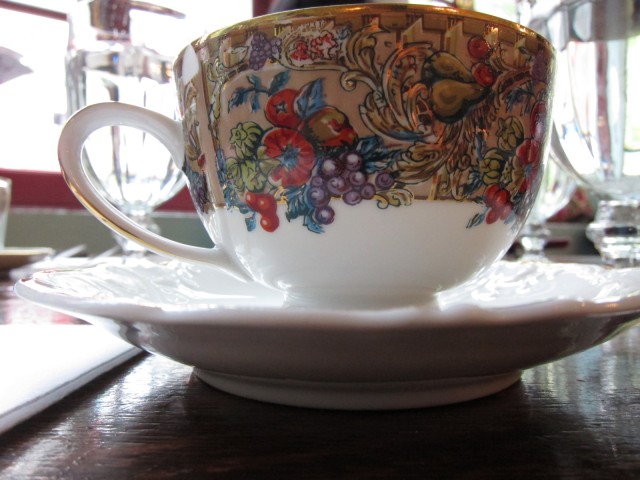 The brunch menu had a lot of choices, including the regular tea service; however, while I did want tea, I wanted something more breakfast-like and so I decided to go with French Toast. The toast was infused with apricot brandy and it also had fruit coulis, vanilla creme anglaise and a few berries alongside. 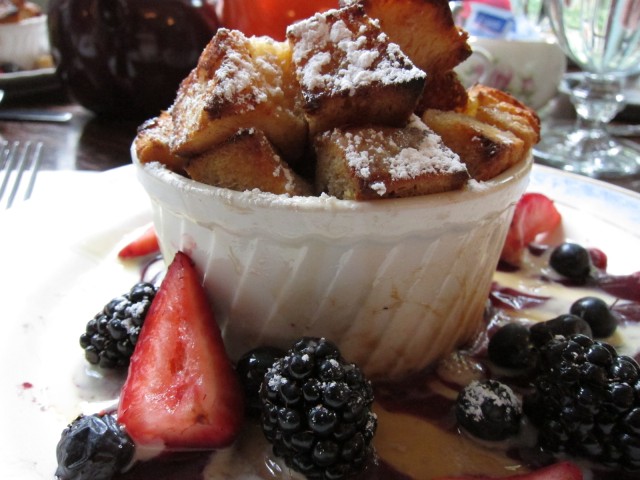 I have to say, this was the best french toast I’ve ever had! I want to go back just to have the french toast! It was amazing. Fabulous. Fantastic. Magnificent and such. 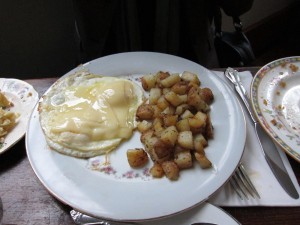 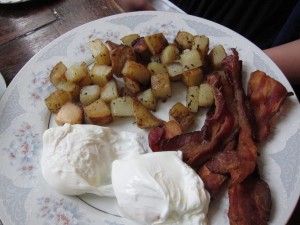 My companions had some egg dishes which they enjoyed. I heard the potatoes were delicious! As usual, Alice’s did not disappoint. 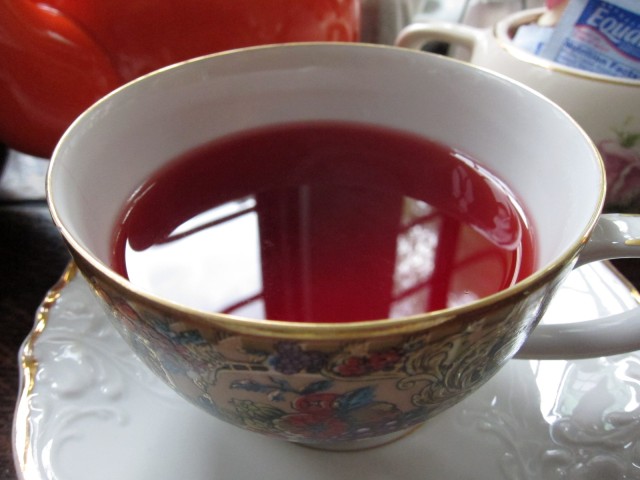