It’s December! I can’t believe it but it’s true. It seems that times speeds up, relative to the responsibilities on your plate. So here we are, the first day of December and I had a wacky thought – what if, for every day this month, I write a post about one thing that I love? I don’t know if I can REALLY do 31 posts, but I can try, so here goes!

Coming off of November the one thing on my mind is NaNoWriMo! I won again this year and I’m SO HAPPY about that! I wasn’t planning on doing it and I didn’t really have an idea, but October came around and I felt like I wanted to try it again, so I took a story that was sort of flowing in my head for a while now, and decided to write it down.

Last year I wrote a little about my process (or lack thereof). A few things remained the same from last year, but this year I realized that I can plot – given the right tools.

In October I bought an app called Index Card. It’s a really great app that lets you brainstorm and plot your ideas on a cork board. It’s very flexible and doesn’t force you to work in a certain template so I was able to create my own flow and stacks without feeling boxed in. The best part was, since it was on my iPad I could carry it around with me and work with it on my commute without carrying around a big bag.

For the actual writing I used Scrivener. I first hear of the app from Justine Larbalestier, who posted about using it to write Liar (a really great book if you love unreliable narrators). Around that time I downloaded a trial version of the program and tried it out, it was a nice app, but I wasn’t writing anything at that moment so I forgot about it. That is, until last year when a friend of mine mentioned Scrivener to me for NaNoWriMo and I decided to give it another go. I bought the full version, imported my Word document and never looked back.

I absolutely LOVE Scrivener. I know that there are other apps out there that work similarly, but I appreciate that Scrivener has a lot of heavy-duty tools but still allows you the simplicity of just writing and ignoring the bells and whistles until you are ready.

I used the Index card as a guideline and then translated those cards to Scrivener where I fleshed out the story. If writing is something you love doing, I strongly suggest checking them out to see if they work for you!

On repeat: Sleigh Bells by Fun.

I don’t remember when I heard about NaNoWriMo, but according to my page I’ve been a member for about 5 years, so I imagine it was 5 NaNoWriMos ago.

Last year I decided that I was going to be a participant for the first time. I started off really well, my idea made me excited which was great, but then around day 13, with almost six thousand words written, I lost steam. This year, when I decided that I would do NaNoWriMo again I wanted to try to learn from my mistake from last time and do better. Now that I have completed my 50,000 words goal, I can say that I’ve learned a lot about what I thought my writing style was and what my style actually is, and I have to say that I’m a little surprised!

So, here are five things that I learnt while doing NaNoWriMo:

I think the most important thing I learnt throughout this exercise was that writing makes me happy. It was stressful, I spent a lot of time doing it but never once did I regret it, writing always brought me joy.

I’ve been doing NaNoWriMo, this is my second attempt. The first time I tried to do it was last year. I thought I had a pretty good idea, but I didn’t make it past 5,844 words and I stopped writing on day 13, mostly because I wasn’t motivated, nor did I have any sort of accountability.

This year I’ve told a lot of my friends what I’ve been doing – though I haven’t divulged the plot, just a basic overview – and I think that was pretty helpful motivation for me. I feel like someone might ask and I’d feel disappointed in myself if I can’t tell them that I tried my best. Right now I’m 10 days in and have written 13,635 words. I’m pretty proud of myself, and to be honest, if I quit right now I’ll still be proud of myself – but that’s not my goal, my goal is to write until I can’t anymore. 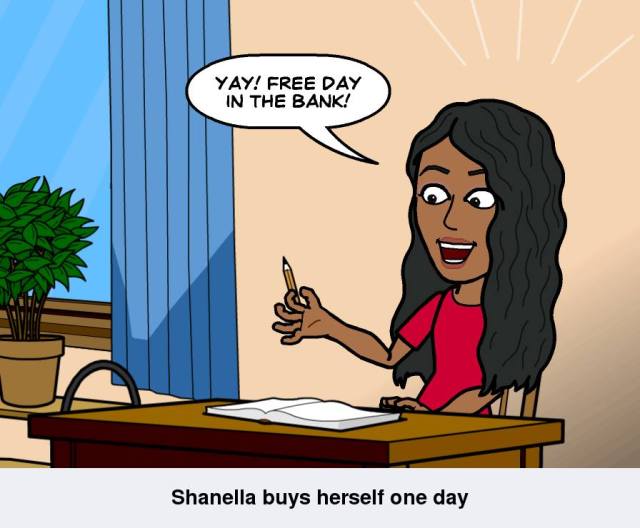 One thing that has been fun for me has been a daily Bitstrip that talks about my feelings towards my novel and shares my word count. I think Bitstrip is cool – wish they had more writerly strips, but I make do! Doing this daily helps me to be creative in a different way.

I find that taking my mind off novel writing and doing something fun and creative is helpful. I also find that I do my best bit of writing before bed and as soon as I wake up in the morning. Usually that’s all I need to bump up my word count for the day. Sometimes I do write on my commute, but mostly I play The Sims, where I make up a completely different story. (heh).

This weekend someone asked me about my progress and I was explaining how I’m a bit anxious with the way the story was going, but that writing it brings me a lot of joy, and I was surprised at how absolutely correct that phrase was. As soon as it came out of my mouth I realized that there was more truth in it than I originally meant. It’s not just NaNoWriMo that has brought me joy, but journaling and blogging as well. Writing things down, reading them, pondering them, I really love and enjoy it. This realization really energizes me and make me want to write more! Watch out November, I might just finish a novel before you end!