“This is the best game ever!” my friend exclaimed as she pulled out her iPhone and started to show me how to play Angry Birds.

“That’s the best game ever?” I thought to myself, “you’re just flinging birds at pigs!”

Fast forward two months and I finally purchased the iPod Touch, one more month and I finally downloaded Angry Birds — the free version.

Then I downloaded the paid version.

Flinging birds at pigs has never been this fun! And I’m not the only one who thinks so! Angry bird is popping up all over the place! Let’s see, there is … 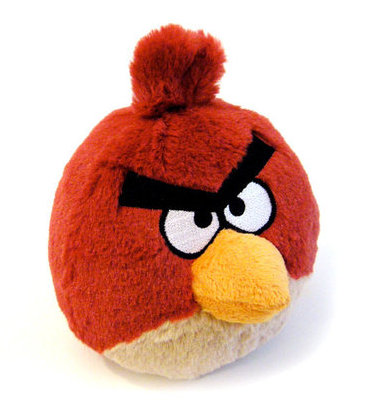 And of course, the most recent Oatmeal Comic: The Likability of Angry Birds.