I went to bed last Monday to the sound of the wind outside. Trees were bending in all directions, some almost bowed over, touching the ground with their branches. There were things banging against the side of the house and roof. The house was swaying and there were odd flashes of orange and white in the sky, but no sound of thunder.

That night, I dreamt of destruction.

On Tuesday morning, the destruction was revealed. Thankfully, we only lost a piece of siding and electricity, but the news of devastation was slowing trickling in over the cranked up radio, Long Beach was under water. No gas. No Electricity to thousands of people. Entire houses floated away with the tide. Trees cut houses in half. Cars moved like matchboxes down the street.

In the aftermath of Sandy, the death toll rose, people were left without homes, fuels, water, electricity and gas. The city that never sleeps was half blinded by darkness, forced to stop everything and recover. Manhattan was crippled.

Some are still without those things.

It’s a bit unreal what is going on. Last week involved a lot of cleanup. I spent the entire day on Tuesday getting food to family who were without food and electricity, helping to clean up the mess that the flood left behind. Sometimes I can still smell the stench of the salt water from the bay that covered three feet of their first floor.

My house regained electricity late Wednesday night. The thing though – about having electricity and not a lot of damage and only having to only worry now about a gas tank and transportation to work – I can see how easy it is to forget the hurt that some are still experiencing. Crisis reveals character, and I hope that in this crisis you saw who you want to be revealed in the things you did and said.

A lot of help is still needed, things are still not back to normal for  a lot of people. Work still needs to be done. I’m deeply touched by the stories of heroism that came out of the storm, but I’m also sad at the slim-balls that crawled out of the gutters; the people who preyed on those in trouble.

There are people who still need help, there are many ways to give of your time and money to help those in need if you can, you should definitely look into it.

The photo below is from the morning after Sandy, after the floods came and receded. I look at this photo and I see hope. We are alive, we are well, there is hope. 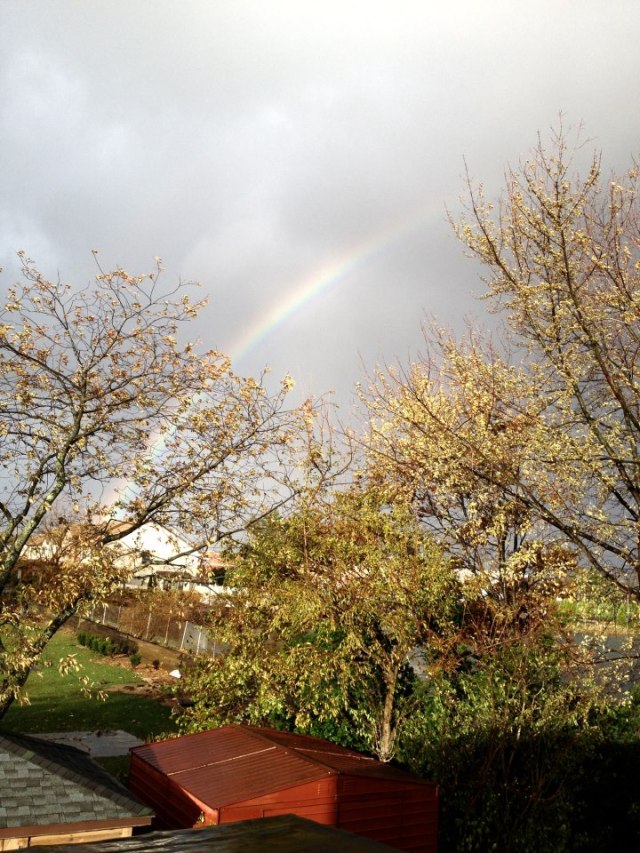